Yoga Nidra - The Sleep of Yogis 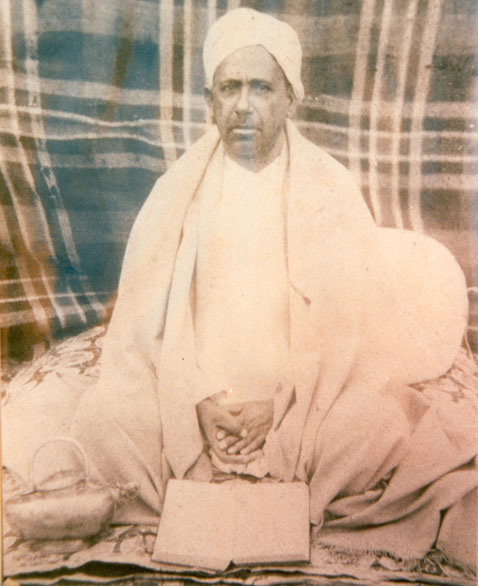 During his stay in Pushkar, Mahaprabhuji was visited by some ascetic yogis who entertained peculiar ideas about the spiritual path. It was part of their belief to force the body to extremes such as eating very little, depriving themselves of sleep and exposing their almost naked bodies to the stinging rays of the sun and nightly frosts. In short, they performed very extreme practices.

The body is the home of the soul and therefore we should protect it and keep it healthy, not torture it. Of course the body should be under our control and not we under its, but mortification will not prove advantageous.

When the ascetics arrived at the ashram at midday, they saw Mahaprabhuji covered with a shawl resting.

"This swami leads a very comfortable life," they whispered. "He probably spends a lot of time eating and sleeping."

Mahaprabhuji sat up, somewhat to their surprise and greeted them respectfully.

"To welcome you to this ashram, I will sing you a bhajan. Just listen. This song is about yoga nidra, the "sleep of the yogi."

Rare is he who knows Yoga Nidra,
That sleep which is conscious,
The sun rises in the night!
His eyes are closed
But they are connected with the all-seeing inner consciousness,
His bed is prepared in Shunya, in nothingness,
Completely detached from the body,
The nature of that place is white and void.

The flower that is upside down
Opens its blossom in front of him,
These words come out of that medium,
The hovering bond of consciousness is tied with Turiya,
In the void numerous suns rise
And the unrealizable is realized,
The power of Divine nature awakens,
The upside-down blossom awakens the power
and grows into Super-Consciousness.

There is only void-consciousness, no other vision,
Nothing else is visible,
Before he reached this state, his words lacked certainty,
He was standing at the border shouting questions
About what was beyond,
Now he is Purusha, complete,
And his words express that which is beyond expression.

Omniscient Shiva revealed the science of Yoga,
Sri Krishna explained it in the Gita,
Many Saints and Yogis have sung its ancient glory
But few indeed have realized it.

Alakh Puriji, the true Sannyasi,
has realized the complete,
Sri Devpuriji, Master of the Yogis,
Showed me that formless world,
Only few know about Yoga Nidra,
They can understand what the Guru is.

Mahaprabhu Deep says that they are
the true heroes who
Awaken the Eternal Consciousness within their consciousness.

During the bhajan the ascetics sat silent and alert, so as not to miss one word. They begged Mahaprabhuji's pardon for their ignorant interpretation.

"Fooled by outward appearance we took you for an ordinary man taking his ease. Today for the first time we have heard of this technique of yoga nidra. Your beautiful words have pierced our hearts like arrows and awakened the wish for personal experience of this knowledge coming from God. Great Master, we beg of you, teach us this extraordinary sleep of the yogis!"

In his grace, Mahaprabhuji consented and he taught them the technique of attaining that state of conscious sleep. Then, raising his hand over them, he enabled them to enter into it.

On returning to normal consciousness he told them, "I have made you a gift of this experience so that you know what you will be searching for. Yoga nidra is a state of consciousness in which you are connected with that Divine energy pervading the whole Cosmos. This energy is beyond space and time and during this state of consciousness you can see past, present and future. You know your past lives and what will manifest in the future. Through yoga nidra you can work through karmas, as this clarity penetrates levels of the unconscious and subconscious. Yoga nidra is a great technique that is not so easily Mastered, as there is always the danger of falling into normal sleep."

This technique can only be taught by a Master who has gained control over it himself. In the beginning, yoga nidra is used just as a physical and mental relaxation technique, but this is not the true sleep of a yogi, which penetrates into much deeper levels of consciousness. Yoga nidra should not be confused with techniques of auto-suggestion, or "autogenous training," through which spiritual transformation or effect cannot be achieved.

Sri Devpuriji developed yoga nidra and passed it on to Mahaprabhuji. This is supported by reports that it was taught to his disciples since 1880. On his journeys to the Himalayas, Sri Devpuriji met, among others, Swami Shivananda of Rishikesh and Swami Muktananda, who is well known in Europe and conveyed the technique of yoga nidra to several yogis and swamis. Thus yoga nidra gradually spread throughout India and finally to Europe and America.

Next Chapter: Mahaprabhuji's Journey Through Pali