Discord Between Muslim and Hindu 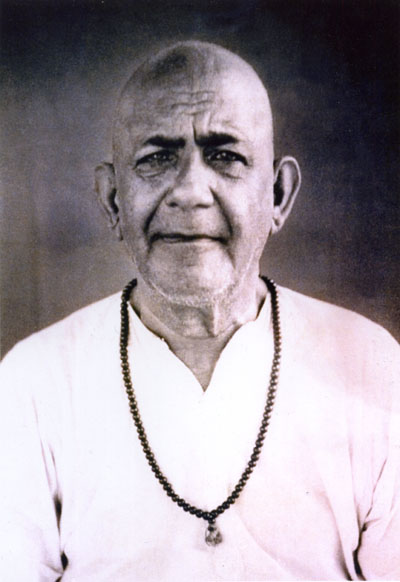 In Pushkar frequently there was strife between Hindus and Muslims. Many Hindu pilgrims came to Pushkar, which is called the "Guru of pilgrims." It has the only Brahma Temple in the world. A famous Muslim shrine called "Dargah" in Ajmer is just some kilometres away, therefore the two groups can hardly help coming into close contact. In those times when they are most ardently pious, religious altercations naturally arise.

Mahaprabhuji was in Pushkar on one such occasion and the quarrelling parties sensibly decided to ask him to mediate, for he was well known in the city and respected by Muslim and Hindu alike. They presented their differing points of view in a noisy argument, but raising his hand for silence, Mahaprabhuji admonished them.

"Brothers, what turbulence you have brought here! Your quarrel is senseless. You labour under a grave mistake if you think you are enemies, just because you follow different religions. You must learn instead to love one another like brothers, for we are all children of the One, Divine Father. God dwells in the heart of all living beings whether Muslim, Hindu, Buddhist, Jain, Christian or Jew. If you truly practise your faith, you will come to God by either route."

Mahaprabhuji then sang to them:

Listen, Hindus and Muslims!
There is no liberation in fighting,
Neither side can ever win so.

The Hindus have forgotten Rama
And the Muslims have lost Allah,
And both have strayed from the path,
HE is Rama, HE is Divine,
HE is Allah as well,
Thus spoke the Saints, but the people will not understand,
They would rather run about and shout.

May the Muslim hurry on his way to Mecca,
May the Hindu spring into the Ganges for his holy bath,
May the Pandit study his books
And the Kaji[1] ponder the Koran —
Without knowledge all their doing is foolish.

Only the self-realized One,
The Muslim as well as the Hindu,
Can see Oneness in the manifold,
Please, real seeker, take my point,
It heralds from the infinite Omnipresence.

The poetical expression of this bhajan may only be appreciated in the original Hindi language. It deeply penetrated the hearts of the quarrelling pilgrims, as the realization of their unity in God reconciled them.

Mahaprabhuji seldom visited a temple. Asked why he did not worship in temples, he answered, "Statues, pictures, churches, mosques and temples only serve as objects of inspiration. In reality God is within you. Your body is the true temple of Divine love. The houses of God are kept as symbols so that these inner realities are not forgotten, but they are not meant to be confused with reality."

My inner temple is the dwelling of the Lord,
I will not wander out,
The Divine is within me and I accept no illusions.

He is neither in Kashi[2] nor Mathura, he is in my heart,
Only the wise know this, not the ignorant,
He is neither in Priyag nor in Haridwar,
Without knowledge, all is fruitless,
Bathing in the Ganges does not bring liberation,
I know my inner Self, neither Karma nor destiny
can affect me,
Broken is the veil of illusion.

My Satguru has awakened the Swan of my Soul and freed it,
He peeled away the last inner layer,
Swami Deep says: my Revered Guru,
Bhagwan Sri Devpuriji
Revealed to me the Divine Self,
There I found my realization and inner peace.

"Mahaprabhuji, you yourself are the temple and place of pilgrimage," they acknowledged. "Your presence has removed our ignorance."

Thereupon Mahaprabhuji asked them, "Why do you travel to temples to experience God? God is forever within you. Listen."

He sang another bhajan:

God dwells within your own temple,
Do not wander outside,
The mountain is concealed within a single mustard-seed.

God is Omnipresent, like fire in wood and oil in sesame,
The Satguru reveals reality. Follow his words.

Like the musk-deer that wanders in the forest
Searching in vain the source of his own smell,
All of mankind is deluded,
Only that one who meets the Satguru
Can perceive the illusion.

Satsang is the only way to happiness,
Whoever attends, is loved by the Lord
And freed from Karma and ignorance,
That river of knowledge removes all impurity,
The Saints are God-incarnate,
Leading aspirants across the worldly ocean
And opening their inner eye of knowledge.

Mahaprabhuji says: Nothing belongs to you.
Hold onto the Truth and remember the Lord!

Gratefully the pilgrims absorbed this song and respectfully bowed to Mahaprabhuji before returning to their homes in peace.

Wherever Mahaprabhuji went, people would automatically gather around him, drawn like bees to nectar. They liked the way he taught and the way he lived. All his actions and words were simple but everyone could sense the purity and sincerity with which he guided people to the experience of the truth and not blind faith. He made no distinctions between people because of caste or religion and so spiritual seekers of all social classes and religious faiths were equally attracted to him.

Dear readers, here I would like to mention something about perseverance and sadhana to those who are on the path of spirituality. Initially everyone is enthusiastic and con­scientiously performs his or her practices. However, most soon succumb to one of two basic mistakes. Either they decide that it’s impossible for them to reach the aim and thus give up, or else they consider that they are already perfect and think they need not practise any more. What a grave mistake! Mahaprabhuji used to say that practice was necessary no matter what stage one had reached.

"Water should always flow," he said. "If it stands still it stagnates and begins to stink."

The well from which water is drawn is always replenished with that pure, fresh water of the spring. But still water becomes foul and undrinkable. Continuity is a natural law of life, stagnation is death. What we commonly call a "standstill" is actually a step taken back, by no means does it mean stability. If we wish to avoid stagnating, or going backward in development, we need to keep practising whatever psychophysical, mental or spiritual discipline we believe in.

We should faithfully continue our sadhana day by day throughout  our entire life, whether we are disciples or Masters. Dear readers, Mahaprabhuji also continued to practise certain yoga techniques. If even he, Perfection itself, still practised, then how necessary it is for us!

However, there are great differences regarding practice. Without correct knowledge the aspirant can fall into all sorts of peculiar or harmful disciplines and the following story is about this.

[2]Kashi, Mathura, Priyag and Haridwar are the four most important places of pilgrimage in India.

Next Chapter: Yoga Nidra - The Sleep of Yogis