Last Visit to the Holy Mother 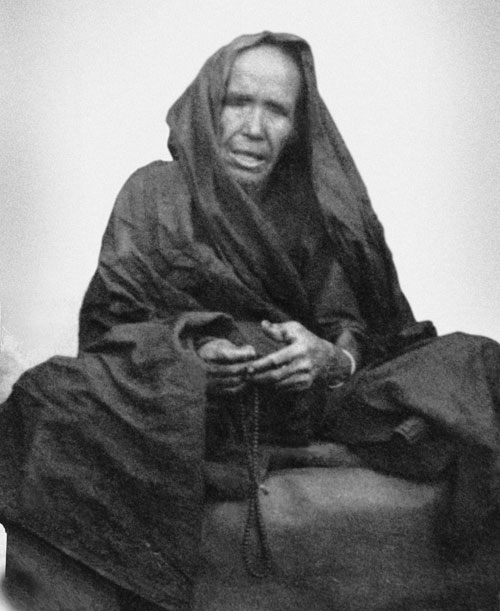 In Shivbagh Ashram, Mahaprabhuji suddenly stopped in the middle of his satsang speech and closed his eyes for some minutes, turning his vision inwards.

"I must immediately go to Hari Vasani," he spoke. "My mother will soon take her leave of this world and she is waiting for me. Twelve years ago I promised to be with in her last hour."

Before the devotees could grasp the meaning of his words, Mahaprabhuji was already walking out of the ashram to begin his journey. Many hurried to accompany him to the railway station and some, including Sri Swami Shankar Puriji, travelled with him.

At the railway station of Bari Khatu they were greeted by Thakur Revat Singh and many other devotees, who had received the message of his forthcoming arrival. Happy to be blessed by his presence after such a long time, they instantly demanded a satsang and on hearing his nectar-filled words, the people felt refreshed, like a dry garden on which rain has fallen after a long drought.

"I must go to see my mother now," Mahaprabhuji then gently said to them. "She is thinking of me with each breath. I had promised to be at her side when she leaves this world, which will happen the day after tomorrow.

"Nothing belongs to you. Hold onto truth and remember God!"

All present at the satsang accompanied him to the town of his birthplace, Hari Vasani, five kilometres away. There they were met by more bhaktas and all together they made their way to Mahaprabhuji's family home.

It was a solemn atmosphere as he stepped before his mother.

"My greetings to Thee, Holy Mother."

"What a blessing for me that you have come. Now I am free from all burdens and sorrows."

"Mother, if you have a wish, please let it be known to me."

"How can any wish remain in my heart when I have a son like you? Your mere existence is fulfilment of all my wishes," she replied.

Food was prepared for the hundreds of people and the whole day and night were one continuous satsang, filled with music, prayer and song. On the following day, in the early hours of brahma-muhurta, the Holy Mother looked upon her son.

"Hari Hi Om![1] May my soul enter into your Divine world so that I will forever be with you."

Her soul took leave from this world to forever unite with God.

The devotees reverently offered the traditional prayer for the soul of the departed and then Srimati Chandan Deviji's body was carried away on a flower-decorated bier. She was cremated according to custom on a traditional Vedic funeral pyre. Satsang continued for several days more.

What are our duties to our parents? Mahaprabhuji used to say that we should always honour, obey and respect them, for it is they who gave us human life. As they have brought us into the world and provided for our needs when we were small and helpless, we must thank them lifelong with loving care and devotion. Growing up, we should honour and esteem them and when we are adults we should give them all that they require.

And what of a parent's duty? The book of the Jains, Ratan Sar, teaches that only those who can raise children according to spiritual laws should bring children into the world. Giving children love, they must also respect them as independent personalities! Educate them in the principles of freedom, tolerance and spirituality and awaken in them the yearning for God-realization. If this is neglected purposefully, or through ignorance, it is a grave injustice to bring a soul to human life.