The Pearls of the Mala 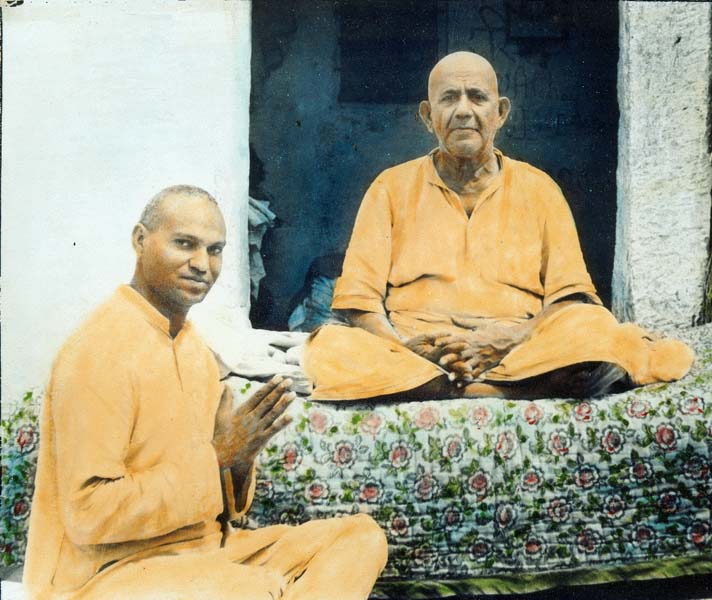 One January day I was sitting in my room at Shivbagh Ashram in Bola Guda when Mahaprabhuji called me.

"Madhavananda, do you need a mala?"

"Lord," I replied, "just now I was thinking of how to obtain a mala!"

As I spoke, Mahaprabhuji stretched out his hand.

"Take this mala and use it frequently."

I asked myself from where this mala could suddenly have appeared, because I knew for certain that Mahaprabhuji didn't have any malas with him. I decided not to dwell on it though and counted my blessings, for I had received a mala from the Lord.

That evening I went to Mahaprabhuji.

"Mahaprabhuji, some make fun at the use of the mala. They say it's useless to thread the pearls with the fingers, while the mind wanders to worldly thoughts. In their opinion, it's better to put the mala aside and turn over the pearls of thoughts."

With a smile, he explained.

"Madhavananda, they are wrong. It is true that your thoughts may wander, but in spite of this let the pearls of the mala glide through your fingers.

"Take the example of the tailor. You give him fabric to make a garment and while he sews, his thoughts wander here and there but his needle does not and very soon, despite his wandering thoughts, the garment is finished. It is the same with the mala. Your thoughts may safely wander, for if you continually move the pearls, you will certainly reach your goal.

"This practice produces abundant fruit and frees one from many karmas. One who always practises with the mala achieves either heaven or liberation. If liberation does not come to him in this life, he will be reborn into a happy and spiritual family where he may continue on his spiritual path. He will live well-respected and in prosperity, so great is the effect of the mala. Therefore, never fail to practise your mantra with the mala!"

"Master," I then asked him, "while moving the pearls we try to keep only positive thoughts in mind but often these are displaced by negative thoughts and no matter how we try to banish such from our mind, they return all too easily. Why is this so?"

"This, Madhavananda, is God's maya. People also make effort to hold possessions and wealth in safe places, yet these flow through one's fingers like water out of a hollow palm. Dirt and dust, on the other hand, always accumulates although we try hard to remove it. Continuous and honest effort is required to keep what is good. Discipline is a true friend of seekers, laziness is the worst enemy. There are two kinds of effort, one for good and the other for bad. Theft, fraud and similar things are examples of harmful actions and therefore are to be avoided. Those people whom the world perceives as great, have achieved their greatness through hard work and effort directed towards good. In this world all can be achieved through effort, but laziness inevitably leads to failure."

[1]The Indian prayer chain is called a "mala." It has 108 pearls or seeds on a loop of string.

Next Chapter: Control of the Mind